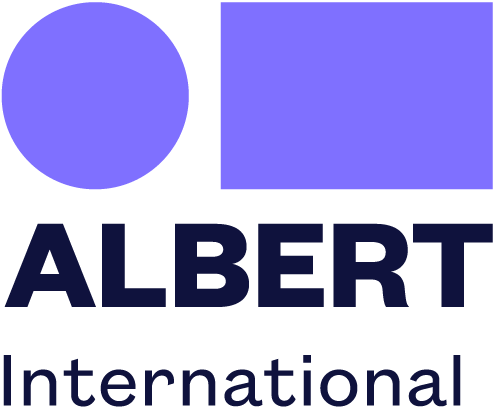 Audiovisual Producers Finland – APFI, Finland’s trade association for producers of audiovisual content, is currently creating a national sustainability strategy through which industry-wide professional training will aim at developing a more sustainable working culture in the film and television sector. Work on the national strategy began in the spring of 2021 with the planning of APFI’s three-year initiative (2021-2024), during which the ecological aspects of domestic productions will finally be measured with the use of a single common toolkit. APFI and its partners have partnered with the UK-developed international albert environmental system for the use of Finland’s audiovisual industry at a national level. According to the European Commission’s action plan (published March 2021), the media and audiovisual sector must be climate neutral by the year 2050.

There has never previously been any collective data on the environmental effects of domestic film and TV productions in Finland. “Sustainability and environmental impacts within the audiovisual sector have been part of international discourse for several decades already, and in the past few years alone it’s come to the forefront in Europe as well,” explains APFI’s Sustainability Coordinator Anne Puolanne. Having worked as a freelancer in TV for over ten years, Puolanne has consistently been keeping an eye on the film and TV sector’s ecological status, both in Finland and abroad: “Finally sustainability both behind and in front of the camera has risen to become a key aspect in production, and filmmakers and various stakeholders in Finland now want to embrace it. It’s amazing that we have a whole industry that wants to change its working culture to become a more responsible one.”

APFI has partnered with albert International to bring the albert carbon calculator, certification toolkit, training and wider support to Finland, where is will be offered to the entire audiovisual sector in Finland. Finally, a concrete and comprehensive eco-toolkit will be available to productions shot in the Nordic country. albert is now in its tenth year of operation, having started at the BBC before being adopted by BAFTA (British Academy of Film and Televisions Arts) to help its uptake among the wider film and TV production industry. Today its toolkit is used in more than 20 countries around the world and by approximately 2000 production companies.

albert’s international manager Roser Canela-Mas is happy to welcome Finland as an international partner to albert: “This new relationship led by APFI and its partners will put sustainability at the heart of the Finnish audiovisual industry and will support it by taking the necessary steps to measure and reduce the industry’s environmental footprint, as well as inspire audiences through on-screen content. The Finnish group is particularly unique as the mix of government bodies, film commissions and broadcasters will ensure that the whole industry has access to the tools and education needed to achieve our global Net Zero goal.”

With the help of albert, production companies can measure the environmental impacts of both domestic and international films and TV shows shot in Finland. Free training on how to operate more ecologically in different areas of production will be provided to film and TV professionals in Finland, and productions will have access to the online-based carbon footprint calculator to analyse emissions from the production.

The use of the albert toolkit is free of charge for productions and remains voluntary for the time being. Over time, domestic productions can be compiled and compared in terms of their environmental impact, both within Finland and internationally. Puolanne emphasises the significance of the international perspective: “Finland is becoming more and more popular and desirable as a filming location and production service destination, and for good reason. This brings its own added challenges from an environmental standpoint, for example in terms of logistics. It is therefore important to convey our values regarding sustainability to our international partners, as well as continuing to ensure their productions are realised smoothly. And this can now be done easily, across Finland no matter where you shoot.”

The national strategy on sustainability in Finland’s audiovisual sector will be implemented in collaboration with a consortium of key industry stakeholders who are partly funding the initiative, such as Finnish Broadcasting Company Yle. The broadcaster is publicly committed to promoting sustainability across the entire domestic film and TV industry. “In the spring of 2021, Yle and APFI jointly released a sustainability model for the creative industries, paving the way for environmentally conscious audiovisual production. In the future, our common carbon footprint calculator will act as a key tool in assessing the environmental impact of production.” adds Yle’s Compliance Officer Irene Tommiska-Jarva.

Finland’s national sustainability strategy initiative is partly funded by a consortium of industry partners, which currently include: